WHAT IT CHILDREN'S MUSIC?

Children's music or kids' music is music composed and performed for children.

Kid's music is often designed to provide an entertaining means of teaching children about their culture, other cultures, good behavior, facts, and skills.

In the United States, children's music continues to be a force in the commercial music industry.

At one point in early 2006, the top three albums on the Billboard charts were all children's music:

On YouTube, some children's songs have surpassed 1 billion views.

This web link brings you to The Statistics Portal for most popular children-themed YouTube Channels as of January 2019.

The following Find Fullerton Children's Music provides you with a wide variety of kids music programs: 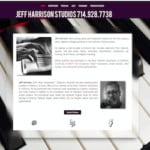 FIND FULLERTON THINGS TO DO